“This award-winning documentary ‘A Small Good Thing,’ offers a few perspectives on happiness without pontificating.” 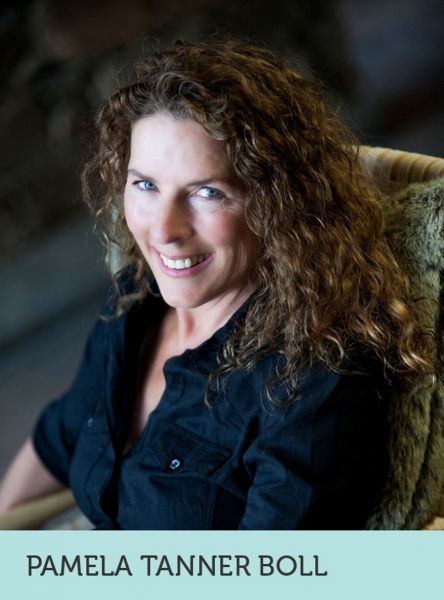 “A Small Good Thing,” produced by Mystic Artists, made quite an impression in Boston when it won “Best Documentary” at the Boston International Film Festival in April. Taking place in different towns in the Berkshires, “A Small Good Thing” thoughtfully tackles the road to happiness by taking a closer look into the lives of six people who are leading quiet, everyday lives.

Director Pamela Tanner Boll is particularly excited to make the film debut at the 10th annual Berkshire International Film Festival from Thursday, May 28 through Sunday, May 31. Click here for tickets and visit asmallgoodthingfilm.com for more on this documentary.

I had the honor of interviewing Pamela Tanner Boll about her journey with this film.

AXS: You are already an accomplished documentary director and received particular recognition for “Born into Brothels.” What was it like to win the Oscar for that documentary?

Pamela Tanner Boll: The Co-Directors Zana Briski and Ross Kaufmann were the true winners of this Oscar. They worked for over seven years to document the story and to bring it to film. However, I played a vital role as Co-Executive Producer along with Geralyn White Dreyfous in making sure this beautiful story made it to the big screen.

To say that we were excited and happy does not begin to describe the experience of attending and winning this honor at the Academy Awards. The walk down the red carpet with our directors was humbling and amazing. To be in the company of so many great filmmakers and actors was a truly wonderful experience.

AXS: What inspired you to examine happiness as a documentary?

PTB: I have been wondering about the meaning of life since I was a little girl. I was so concerned about this that at age ten when I discovered there was a job called Philosopher, I ran full tilt to my mother to tell her I’d figured out what to be. My joy shifted to grief when I realized all these “philosophers” did not seem to be married nor have children. I wanted to have both, to examine life as well as to be a mother and have a family.

In college, I studied Aristotle, Plato, and many other philosophers who posed these questions. The Nicomachean Ethics by Aristotle remains one of my favorite books. As an English major, I read great novels and poetry, which also asked why we are here. How can we live with love and honor? How do we live with loss?

I wrote a volume of poetry in college and continued writing stories and poems as a way of making sense of my own experience. When I got tired of words, I painted as a way to mark the moments of beauty. So, I guess I was just born with a deep curiosity, a longing to understand, and to celebrate these “moments of being,” to quote Virginia Woolf.

I was also inspired to make this film about well-being, right now, as we have entered this new century. So many of our advancements over the last one hundred years have not necessarily made us as individuals or as a society more content.

Talk to anyone in any town or city in this country and you hear a litany of woes. People are tired, too busy, in debt, running from activity to work, to play to care giving to social media. I felt it was time to look at a different way to live.

AXS: How did you go about choosing your subjects for the film?

PTB: I was drawn to a particular area of the United States—The Berkshires. It is a geographic area that has long attracted artists, visionaries, and industrialists from the 1800s who wanted to “live closer to nature.”

In the Berkshires, there are many great spiritual centers.  Kripalu Yoga Center is one of the largest such centers in the world. Stephen Cope is the Director of The Institute for Extraordinary Living at Kripalu and I knew I wanted to interview him. Stephen introduced me to a young vet, Tim Durrin, who was in a video for the Wounded Warrior yoga program and also worked at Kripula. After talking to Tim, his journey with yoga and mindful practices as a doorway to a new life was very powerful.

Another Berkshire-based center for healthy living and spiritual development is Canyon Ranch, which is the home of Dr. Mark Liponis and many others who research and help clients practice healthy living. One of the teachers at Canyon Ranch was Mark Gerow. He is a beloved Yoga teacher and I became interested in how he came to be in the Berkshires.

Then, I knew I wanted people working to integrate healthy land management and farming into their lives. While in the Berkshires, we heard of Jen and Pete Salinetti who were working wonders with a small plot of land. I knew their story needed to be told.

Through the Salinettis, we met Sean Stanton, who farms Blue Hill and North Plains Farms. His gentle, yet effective handling of his cows, pigs, and chickens as well as his integrative systems was intriguing. I was also intrigued that Sean was “the farmer” for the Barber brothers, the restaurateurs who own the award-winning Blue Hill at Stone Barns in Pocantico, New York and Blue Hill in New York City.

Shirley Edgerton was recommended to me in my travels around the countryside. Described as a powerhouse and a true community activist, I met her for coffee. Her work with the young people in Pittsfield through Youth Alive had to be part of our film.

AXS: You’ll be showing this film at the Berkshire International Film Festival. Do you feel any additional anticipation in showing the film due to its personal setting?

PTB: I am really excited and happy to be showing the film at this Festival! I can’t wait, but am a tiny bit nervous at the same time wondering if my subjects don’t like the film?!

AXS: I imagine you have gathered deeply personal viewpoints on happiness, which I think would alter your view on the world. How would you describe the journey with this film? Do you look at life a different way since making it?

PTB: I am very happy to have made this film. I feel it does manifest this vision that I began with. In the best of worlds, we are all connected, we cannot live without the other creatures on this planet, we need to take great care of our home, the planet, and take great care of each other and of ourselves. Life is hard. We are soft little creatures and we fail often, but we get by best when we rely on each other and on this truly beautiful home of ours called earth.

AXS: Your next project is called, ‘Close to the Fire.’ Please tell me about that.

PTB: ‘Close to the Fire’ is a new film by a talented young director, Lindsay Richardson and I am the Executive Producer. It tells the story of indigenous people struggling to allay the effects of climate change in their communities. The film focuses on people in three places—Bangladesh, where ocean water is already rising; a farming community in Johannesburg, South Africa, and a Pomo reservation in northern California.

This is a beautifully shot and quietly narrated film about a very big subject. Climate change will affect the poorest of the world the most. Lindsay has humanized this subject by showing us that the people we see as marginal are more empowered than we think.

This article was originally published on AXS.com: