Grace Episcopal Church: Environmental Stewardship and the Power of Community

Last week, we had the pleasure of sharing "A Small Good Thing" with the Medford Film Collaborative and Grace Episcopal Church in Medford, MA. While we were excited to share the film with the community, we did not realize the extent to which Grace Church acts as a powerful force of good in the local area…and ultimately in the world!

A church that is known for its commitment to the Green Movement – Grace cleans up parks with its Green Up Clean Up program and has cut its carbon footprint in half over the last five years by installing high efficiency gas boilers, LED and compact florescent lighting, and a 25kW set of solar panels on two roofs – as well as its commitment to ending hunger – Grace Church supports three local food pantries in Medford, helps run a soup kitchen in the neighboring town of Chelsea, and is currently gearing up for a Fundraiser for the World Food Program – Grace works not only to serve its Sunday congregation, but also to slowly but surely generate social change across the entire local area.

Eager to learn more about Grace’s dedication to the environment and to cultivating community across Medford, I recently chatted with Reverend Noah Evans – Rector and Pastor of Grace Episcopal Church – who shared the story of how individual people working together in small, good ways, has generated such a beautiful commitment and a powerful effect.

Can you tell me a little bit more about how the mission of service and social good started with Grace Episcopal? Is it something that has always been the focus of the church?

Grace Church itself has a pretty amazing story. It was a church that was on closure lists maybe 15 years ago. It had dwindled down to just a few members. And through the work of some visionary lay leadership in the church, they began to really change their focus to be a place that was really about serving the wider community and the world. It went from having a focus that was inward to having a focus that was outward. As the result, Grace Church really began to grow in vitality and its service to the wider community.

Has environmental stewardship always been a focus of the church? How has it culminated in your current programs? 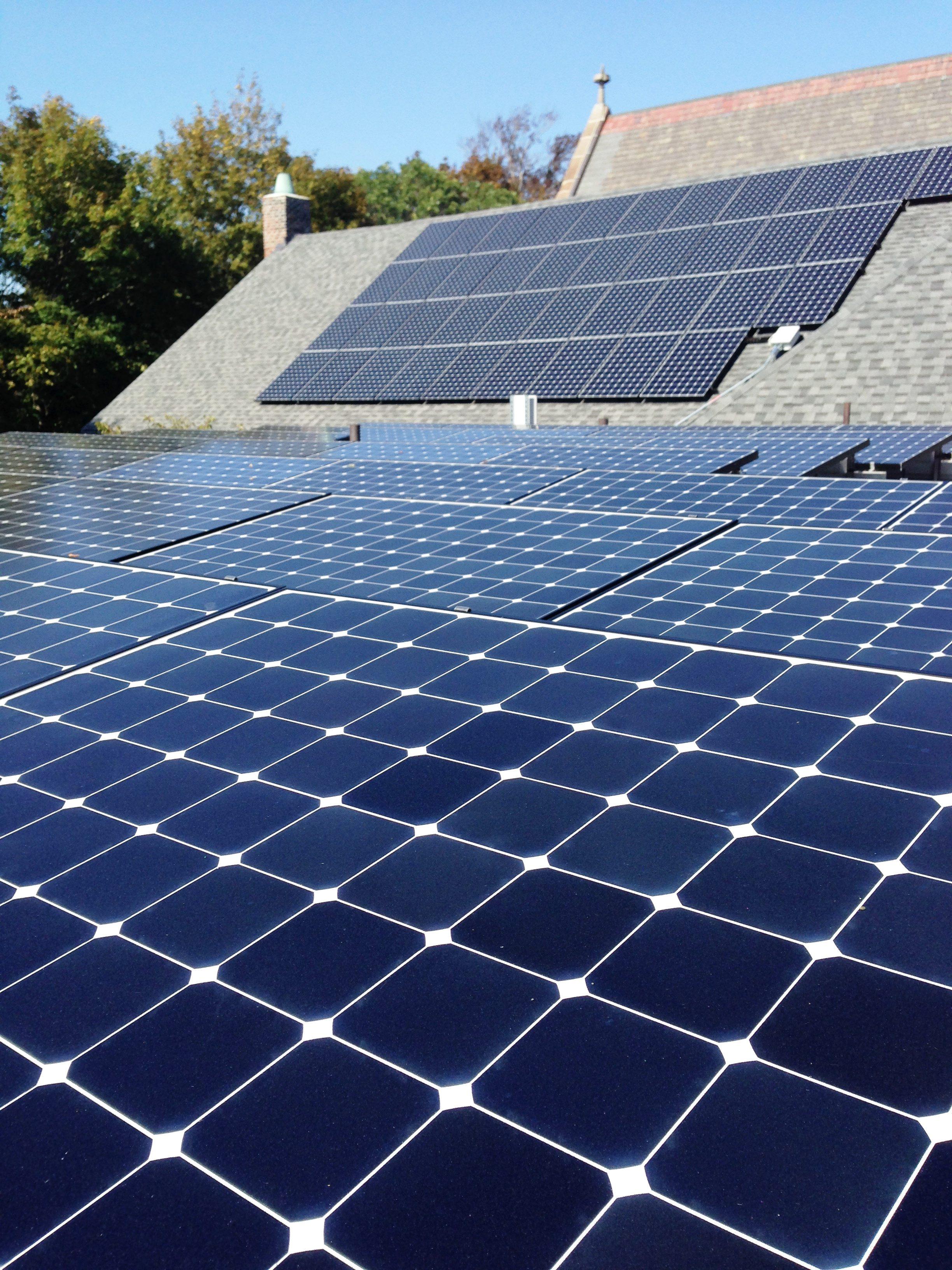 The environmental stewardship focus of the Church has grown out of that [service to the wider community] and it has grown out of the passions of individual members coming together to make a difference. Some of that has been through working on our building – changing our heating system to a high efficiency system and, when there was an opportunity to go solar, putting solar panels on our roofs. Over a number of years, the church has been able to cut over half of its carbon footprint. And that’s something that we’re very proud of. But, you know it was individual people coming together and making small changes over time that really lead to having that dramatic effect.

What inspires the Church to serve the local community in this way?

We see ourselves as part of the ancient Christian model of the parish as a geographical area – it’s not just the people who are coming to worship at the church. So we see that our mission is about serving the local community and the world.  Part of the whole spirit of our congregation is understanding that we are here in order to help make sure that we have a vital community, not just in the Church but in the wider community surrounding the church.

You’ve made such huge changes so far. Do you have any specific goals moving forward?

Climate change is not just an issue that is about changing light bulbs and boiler systems. It’s about changing what motivates us and what our goals are as people in terms of lifestyle. And what I liked about "A Small Good Thing" is that it helped pointed that out. That just having more and more stuff and getting further and further ahead in terms of your own economic development and your own personal economic position is not really ultimately a fulfilling goal. It’s also a goal that contributes to climate change.

So we need to change our whole way of perceiving what the goals of our lives are, and that’s a spiritual task. And that’s a fact that the Christian faith really speaks to. Serving people around you, having social connection, living a life that is closer to the earth, those are desirable things for the good life, not just having more stuff and having a higher level of economic security, having a bigger house. So one of my goals right now is to go deeper into that teaching, that personal transformation which will lead to a greater care for the environment.

I would love to know a little bit about how you started this partnership with the Medford Film Collaborative.

Someone I know from a local arts organization – Mike Oliver – noticed that there were a number of organizations in the city that were all showing films independently. And Mike came up to me at a community event and said, “You know, we’re all showing films. What if we did it together?” And I thought it was a great idea. He pulled us together, we wrote an arts grant, and we got a grant from the Medford Arts Council to start the Medford Film Collaborative.

And what has been really neat about it is that regularly at Medford Film Collaborative meetings I’m sitting at the table with a representative from two other churches, from the Medford Farmer’s Market, from the Medford Art Gallery, and the library has recently joined us. We have a shared passion for film and for a unique type of learning and educating that can happen through film, and we know that that’s something we want to share and that can change our community. That shared passion has also led to us collaborating on other things and it is really affecting the fabric of the city. A number of the Farmer’s Market people came to our discussion group last night on Active Hope, and you know these are folks that I would have never known or had contact with before the Film Collaborative.

How do you think that these initiatives and these discussions have impacted the community?

I’ve certainly seen it in a greater commitment to the vitality of the wider community. It radiates out from this place. It affects other organizations and other networks of people. And we see those folks who are not Christian, who are not Episcopalian, who are not connected to any faith community, showing up and being a part of our discussion series and our programs. Or when we show a film, we see that the networks that are formed here in church are spilling out to other places in the city and in the wider community. And I also see it in individuals in the community making different lifestyle choices, making different goals when they are considering job changes about what is really important to them and if their work really reflects their values. And in the way that people give – the way that they give their time, the way they volunteer, and the way they give their money.

Do you have any advice for other churches or for other groups that might want to start a collaborative?

Build relationships, be an organizer, do lots of one-on-one meetings with people in your community, make friends. Don't worry about protecting yourself or your interests. Seek out new ideas and perspectives. And most of all say yes to relationships, collaboration, and trust.

As a follow up to "A Small Good Thing," Grace Episcopal Church is currently holding a 3-part discussion series on a book called The Act of Hope: How to Face the Mess We’re In Without Going Crazy, by Joanna Macy. The Act of Hope is about positive changes and spiritual practices that we can all do in response to climate change. Learn more about the series here: http://www.gracemedford.org/content.cfm?id=3168