The Good Life: Documentary Finds True Happiness In The Shire

“So, what does it take to live a good life? According to the film and the people in it, fulfillment requires some simple, yet not-so-simple elements; having a relationship with nature, being part of a community and the old Shakespeare adage of being true to oneself." The longer we live, the more essential it is to continue to drink from the elusive goblet of happiness. But where does the elixir come from? Documentary filmmaker Pamela Tanner Boll(executive producer of “Born into Brothels” and director of “Who Does She Think She Is?”) may have found the answer right in our own backyard. “A Small, Good Thing,” her most recent endeavor, chronicles the life of six very different folks living in the Berkshires who have ‘gone rogue’ from the American dream in order to live the best life possible.

“I’m a slow filmmaker,” Boll [right] laughs. “It took me about two years spending time with the questions. What makes a good life? How can we live in a way that doesn’t destroy the earth? I have travelled an awful lot and I wanted to do a small film that was local.” 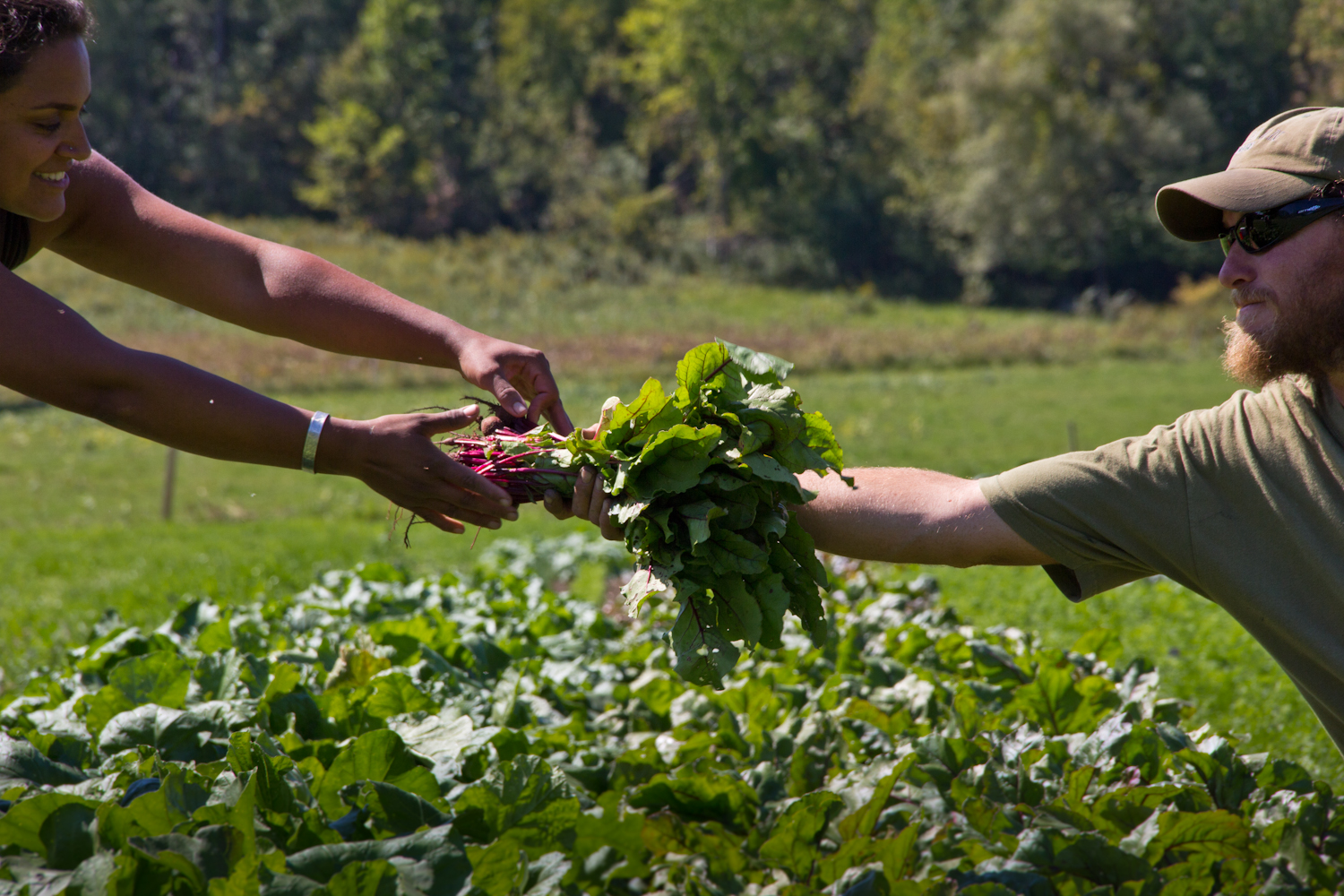 So, what does it take to live a good life? According to the film and the people in it, fulfillment requires some simple, yet not-so-simple elements; having a relationship with nature, being part of a community and the old Shakespeare adage of being true to oneself. Not necessarily in that order, says Boll, but certainly each with the same magnitude.

“The whole film comes down to compassion, about living a compassionate life,” says Boll. “All of these characters have had to learn that we are not here alone.”

“It’s hard work, having a good life,” says Jen Salinetti. She and her husband Peter and their two young children are ‘cast’ members. Jen and Pete own and operate Woven Roots Farm in Tyringham. They are young farmers. They’re not in it for the money.

“The rewards of this life aren’t as tactile, they’re coming through on a soul level. I know that sounds corny but it’s just true,” she says.

During the course of filming three years ago, the Salinettis traveled to Rwanda to help farmers there establish a workable composting system. The trip, says Jen, was “the most transformative experience of my life.”

“The happiness level is striking in Africa. There is a tremendous care and understanding of where their place is, their home. There is a simplicity of lifestyle there but that doesn’t mean that it doesn’t come with hard work.”

There’s no shortage of hard work depicted in the film, whether it’s the business of getting your hands dirty with farming or the reflective reconstruction that occurs inside the consciousness. Either way it’s got to happen, and it’s not a picnic at Tanglewood when it does. During the process of filming, yoga teacher Mark Gerow was struggling with losing his beloved sister while raising his two young boys as a single parent. It was not an “ideal” time to be filming a documentary about fulfillment.

“Everything took a huge turn that year. My sister was dying and I had to confront that,” he says. “I was kind of wallowing around in all of it, in my role as a parent and as someone who was recovering from addiction. I had to use the tools I learned to do the work on myself. Then I realized, maybe this is part of my calling.”

Shortly after the cameras stopped rolling, and after he laid his sister to rest, something of a miracle happened. Gerow got a call from a drug and alcohol rehab facility where he had been doing part-time work. They offered him a job, full time, with benefits, as the coordinator of a newly minted Mind Body Spirit program.

“I felt like I had walked into my tribe,” he recalls. “This is how I could give back to people.” 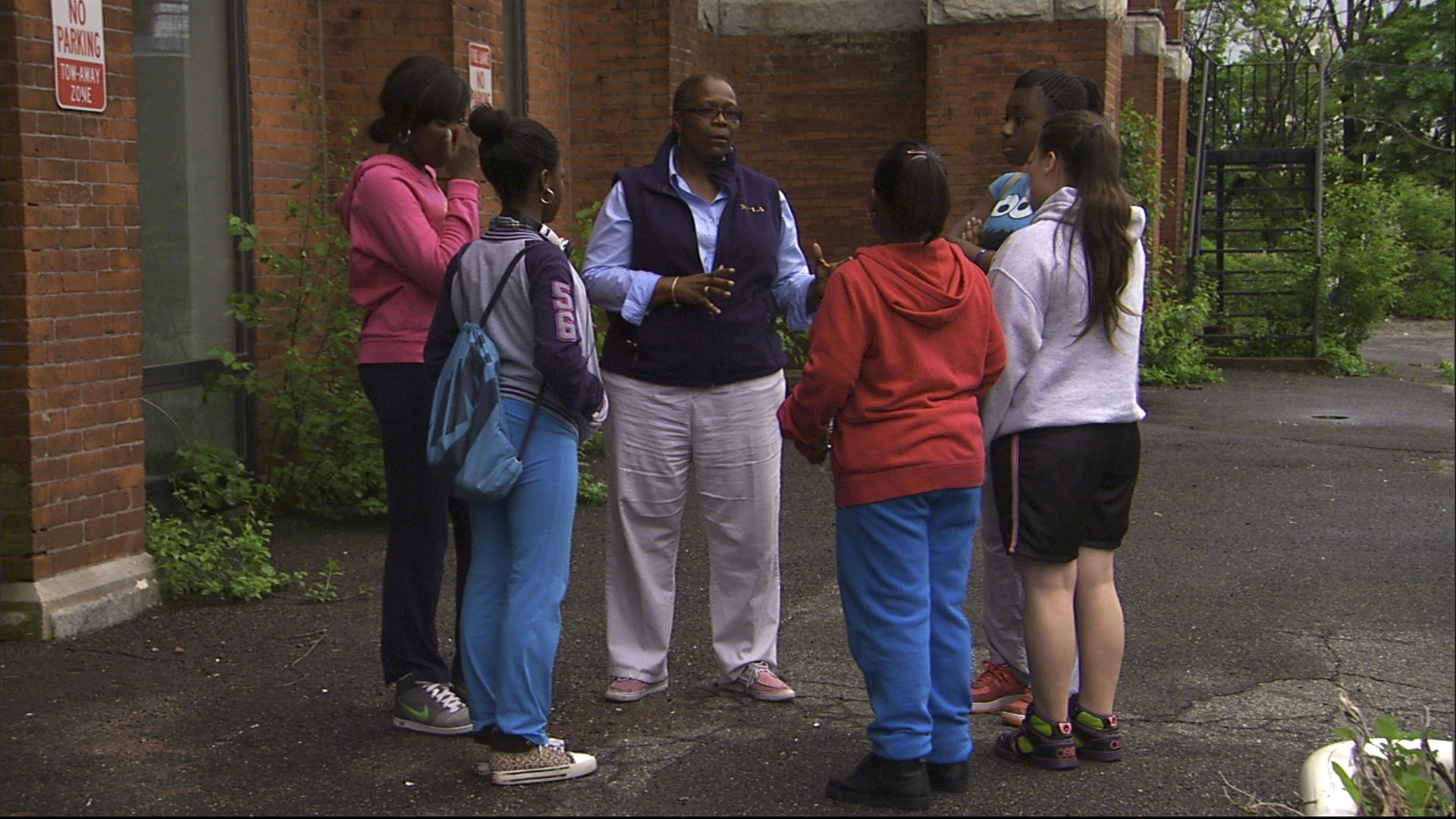 Going all in with your community is a pillar to contentment, even the experts in the film (and all over the world) say so. So does Shirley Edgerton [below], founder of the Pittsfield-based Youth Alive Step Team and also the region’s Women of Color Giving Circle. Her approach is very straightforward: You’ve gotta give some to get some.

“I thought this [film] may be an opportunity to share my story with the hope that others, particularly young women, would know that the circumstances that you are born into don’t determine the outcome of your life,” she says. “As a professional, I had opportunities to access employment that would increase my income, but those positions would either lessen my time with my children or decrease the time I could spend being involved in the community.”

Now that she is retired, Edgerton spends even more time with her community as the Cultural Proficiency coach for the Pittsfield School District. She is also enjoying the very simple pleasure of watching her granddaughter, now a year old, explore the great wide world.

“Of course, she is perfect in my eyes,” she says.

This article was originally published on Rural Intelligence: