‘A Small Good Thing’ has simple answers for better living

"Boll doesn’t believe her film is telling people to make wholesale changes in their lives, but provides a contemplation of doing more with less and improving an individual life in small, simple strokes (and small, good things)."

What makes a good life? Health, love, money, career success? Turns out it’s happiness, which encapsulates elements of those others, and the balance of which that equates to equanimity – or so that’s the basis for Pamela Tanner Boll’s documentary “A Small Good Thing,” which gets a screening Monday at the Cambridge Friends School.

Boll, who lived in Winchester for most of her adult life and collected an Academy Award as executive producer on the 2004 documentary “Born into Brothels: Calcutta’s Red Light Kids,” came up with the concept to explore the meaning of a life well lived after looking inward at her own existence. “I felt like I had so many great things in my life,” she said in interview. “I had a good family, great sons, a nice home and I had been able to find work that was meaningful, but I also felt I was, however, getting too stressed out and busy. I felt like I was becoming one of those people who says, ‘I’m so busy with work, I don’t have time’” to socialize.

Surely championing documentary voices for more than a decade has contributed. “I come across so many amazing stories and I help them get to the screen,” she says. But it’s a tough business to make a go at. “Born into Brothels” cost less than $500,000 to make and made $8 million at the box office – most eaten up in distribution and marketing. Her own film cost a bit more than “Brothels” to make and is clearly a labor of passion, as is true with most documentaries.

Her first as a director, “Who Does She Think She Is?” (2008) explored the lives of five women artists trying to pursue their passion while taking care of those they love. That film examined the balance in a life between pursuit of fulfillment and structured responsibility. “A Small Good Thing” likewise deals with calibration in life, but also more about the global pursuit of a better quality of life. Boll’s Petri dish for her hypothesis is the Berkshires, where she entrenches in various communities, including the Kripalu Yoga Center, a communal farm and a community dance complex for girls in economically challenged Pittsfield. 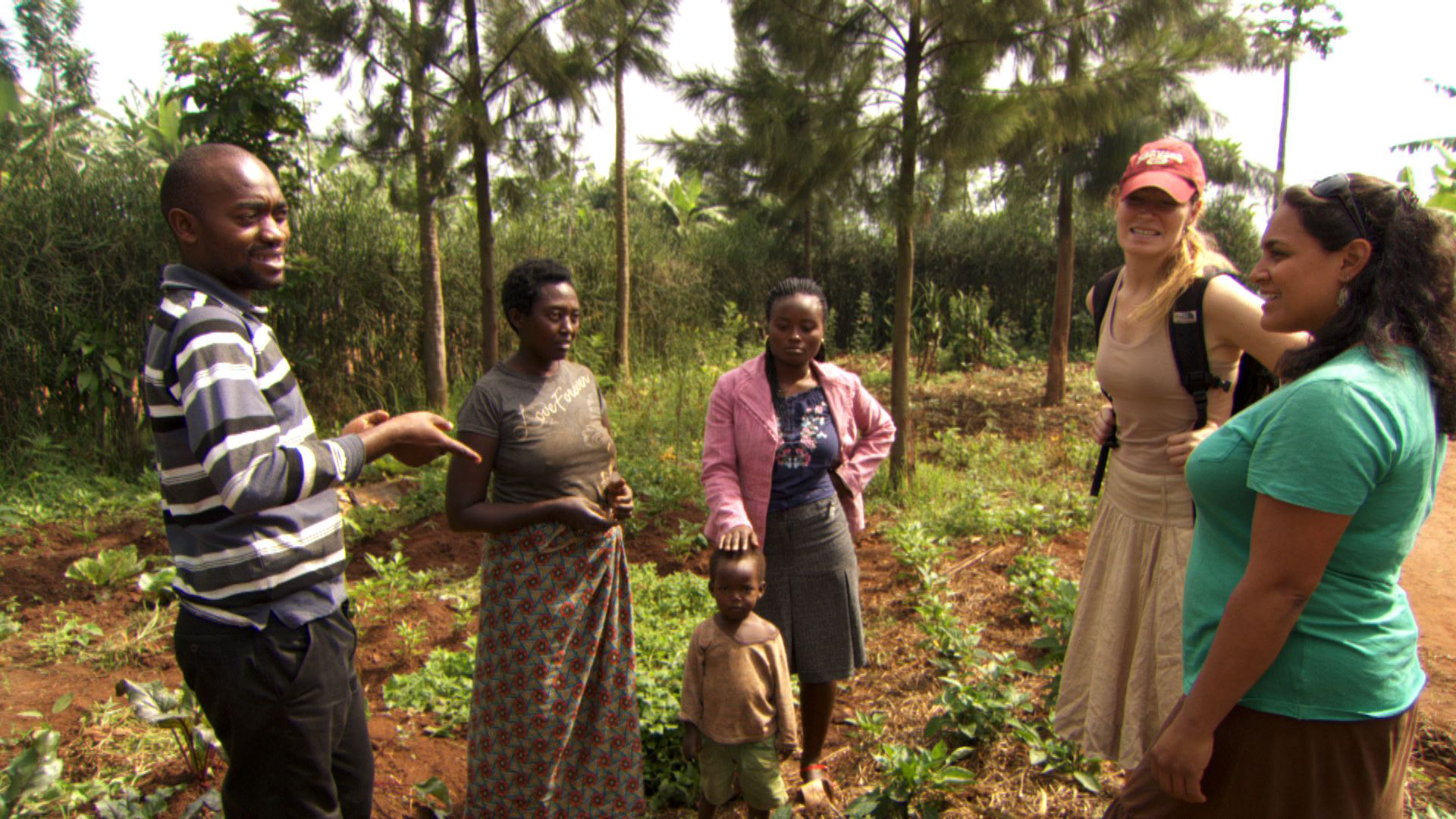 If there’s one thing about the film, it centers on community – talking time to interact with others and simplifying. “You can live well if you get outside and know your neighbors. The safest neighborhoods are not the richest, but the ones where people know at least seven of their neighbors,” Boll points out. “I think that’s amazing.” Several of the film’s subjects are vets with some form of PTSD or other form of reentry psychosis but find their way through activity and community – including biking and yoga.

The film in larger strokes looks at physical activity, the value of being and working outside, and eating well. “Eating slow-grown food is a good thing,” Boll points out. “We constantly privilege convenience over nutrition. Growing and eating good food is essential to being healthy and living well.”

Boll’s not naive or purely ideological in her message. The harsh reality of economics is prominent, but one of the questions the film asks, is how much do we really need materially or fiscally to be happy? Can we live better with less? Boll points to the disappearing middle class, the increasing elusiveness of the American Dream and the stress and isolation that often comes with financial success.

Boll doesn’t believe her film is telling people to make wholesale changes in their lives, but provides a contemplation of doing more with less and improving an individual life in small, simple strokes (and small, good things). “Get off the subway one stop early and walk,” she suggests, “or cook a quick simple meal of locally grown healthy food at home instead of grabbing to go.” Practicing what she preaches, Boll was bouncing on a trampoline in Boulder, Colo., during our interview. She had recently relocated to the state she called the sunniest in the nation, because her sons had moved west and she felt, given her inner journey, that was now home.

No matter where you stand on the have or don’t-have scale, Boll implores that we all “need to make time to be happier, healthier and better off.” It’s hard to argue with that.

“A Small Good Thing” screens at 7 p.m. Monday at the Cambridge Friends School, 5 Cadbury Road, Neighborhood 9. It is free and open to the public. Boll will be on hand for a Q&A immediately afterward. RSVP here.

This article was originally published in Cambridge Day: http://www.cambridgeday.com/2016/04/08/a-small-good-thing-has-simple-answers-for-better-living-free-screening-is-monday/