“This documentary will renew your spirit and might even cause you to reflect on ways you could improve your own quality of life and begin to live each day a little more meaningfully." 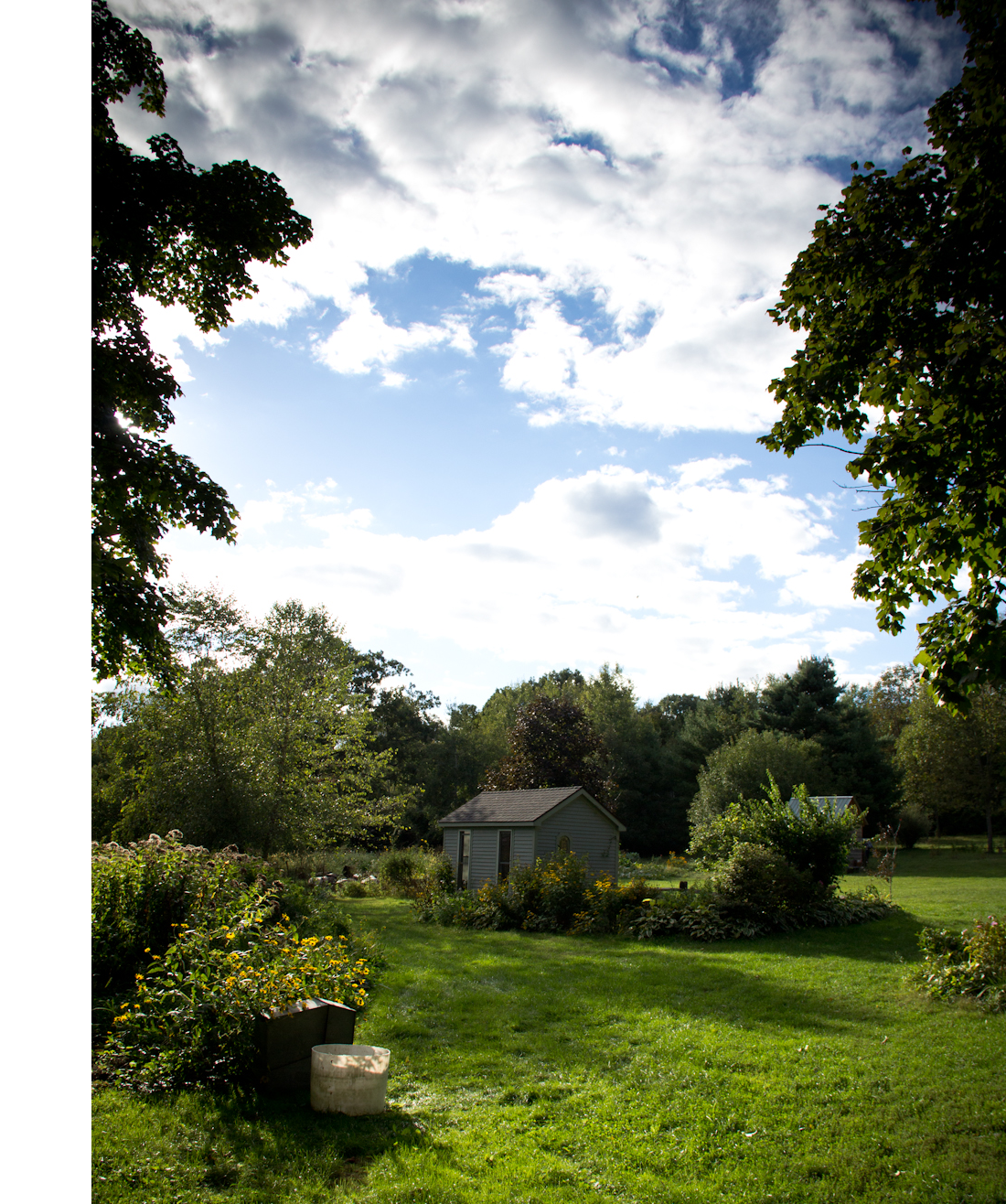 William James Dawson, a discontent Londoner with an incurable “earth-hunger,” as he describes it, published a small book in 1907 entitled The Quest of the Simple Life. In it, he writes, “. . .my first business as a rational creature was not to get a living but to live; and that I was a fool to sacrifice the power of living in securing the means of life.”

Over a century later, his musings are as profound as ever.

Many people are racked with internal conflict, an ongoing push-pull deliberation between being able to live the life they desire versus living in the traditional rat race cycle of working and buying just to survive each week to do it all again the next.

Still, there are others who have said “No way, not for me!” to these typical expectations and are choosing to live the life they want, where they want, doing what they want, and in turn, are helping to re-shape the idea of what it means to “work for a living,” while inspiring those stuck between daydreams and doldrums to take heart in knowing that life off an atypical path, while not without challenges, can be achieved and made into a pretty amazing life, indeed.

Six of those individuals can be seen in Academy Award winner Pamela Tanner Boll’s latest feature documentary “A Small Good Thing.” Set in the picturesque Berkshires of western Massachusetts, the film examines the question “How can we live in a better way?”

The quest for meaning, as the film uncovers, is ultimately a quest for connection. Having authentic connections with others, to the environment, and to oneself often requires a reduction in noise elsewhere. A scaling back of excess, whatever that may be in one’s life, to a point where what one truly values or derives fulfillment from can be placed in a more central role.

The men and women in Boll’s film come from diverse backgrounds. From their current positions in farming and yoga to community organizing and social work, they share their unique histories and personal evolutions on building lives based on meaning and service.

Most viewers will be able to identify with some aspect of their stories, whether it’s questioning the direction of one’s life, learning how to cope after instances of trauma, or perhaps even fielding opinions from family members who are having a difficult time understanding a non-traditional career choice.

While I enjoyed learning about all of the individuals featured, it was farmers Jen and Pete Salinetti whose words and optimism resonated with me most. I particularly liked their profound statement on how well-being shouldn’t be correlated with monetary wealth.

“Financially better and doing better, as far as life goes, are two totally different things. We’ve really made a choice to see that abundance comes in many different ways.” 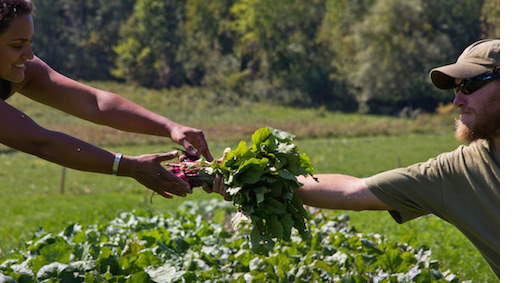 In addition, the film includes commentary from respected experts in the fields of economics, psychology, and environmentalism. Bill McKibben perhaps being the most well-known figure of the bunch. Sometimes when films feature commentary like this it can be distracting or seem unnecessary. Here, however, it works perfectly. The extra knowledge and facts are informative and their inclusion feels well-balanced in relation to the rest of the film. They also help to answer the “Why?” questions people might have when it comes to the importance of community or how finding one’s true calling is essential to attaining genuine fulfillment.

“A Small Good Thing” is uplifting and life affirming. If you’re at a crossroads, experiencing “earth-hunger” like William James Dawson, or just need some inspiration, this documentary will renew your spirit and might even cause you to reflect on ways you could improve your own quality of life and begin to live each day a little more meaningfully.

“A Small Good Thing” will be screening April 5th at 7:00 PM in Boulder, Colorado, at the Dairy Arts Center and on April 21st at 7:30 PM in Gloucester, Massachusetts, at the Cape Ann Cinema followed by a Q&A with Director Pamela Tanner Boll and Producer Paula Kirk.

Visit the film’s official website for more details and to learn about additional upcoming screenings.

This article was originally published on Documentary Drive: http://www.documentarydrive.com/asmallgoodthing/