"What happens if I don’t make different choices? Am I willing to sacrifice happiness and fulfillment for a bigger home, more money in exchange for loneliness and discontentment?" 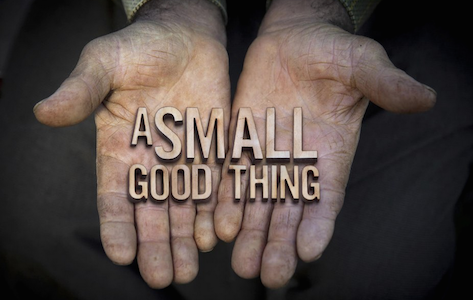 When I was invited by Jake Messier to review and Blog about a film, A Small Good Thing I was really excited.

The description Jake sent was “It is a documentary by Academy Award winning film maker Pamela Tanner Boll, from Winchester, MA that explores alternative concepts of happiness and success. The film follows 6 people living in the Berkshires and how they find personal satisfaction via their link to nature, chosen professions, and interconnectedness with others, foregoing conventional definitions.”

As a Life Coach who has given many types of workshops, my most popular one to date for men, women, older or younger has been, Discovering Your Passion and How to be Happier. It seems many people are trying to be happy and what they are doing just isn’t working.

This is a favorite topic of mine to discuss so I eagerly accepted his invitation to watch the film.

The film starts out with people speaking about the myth that we believe we will be happy once we have success and wealth.  My attention was immediately grabbed as one woman is saying that we are anxious and stressed, we are not happy, despite all the material wealth.  The film documents one man saying that many of us feel alienated, feel alone and we have to realize the importance of relationships.

There was one fact that blew me away “ Any dollar over $75,000 doesn’t buy you any more happiness.” 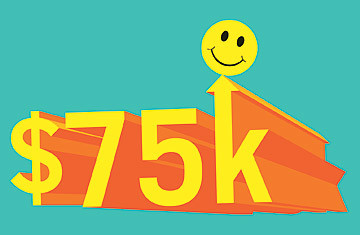 The films moves into following six people living in the beautiful Berkshires who ask the question “ How can we live in a better way?”

We are introduced to a student, 3 farmers, a social worker and a yoga teacher.

As I listened to each person’s story the word “connected” kept coming up. Some of the subjects went back to their roots and their heritage. Others wanted, no needed, to feel more connected and have a sense of community.

These folks longed for connection to family, children, community, people… The idea of being isolated and alone raised awareness with them that they wanted a different life style than what they originally planned.

They willingly gave up more money or a more secure job to have the fulfillment they have obtained with their alternative lifestyle living in the Berkshires. This community in Western Massachusetts offers them a closeness with neighbors, and themselves that they wouldn’t have if they moved to a bigger city.

As a viewer I could really relate to this whole philosophy. Working in Corporate America sure gives you pause to wonder if there is a better way? Most people believe it isn’t possible though. We as a society are stuck in thinking that we have to have a 9-5 job and that our dreams or aspirations to do it another way are impossible or that the sacrifices are too great.

While the film didn’t have any answers as to how to achieve happiness it did raise questions in myself on what happens if I don’t make different choices? Am I willing to sacrifice happiness and fulfillment for a bigger home, more money in exchange for loneliness and discontentment? 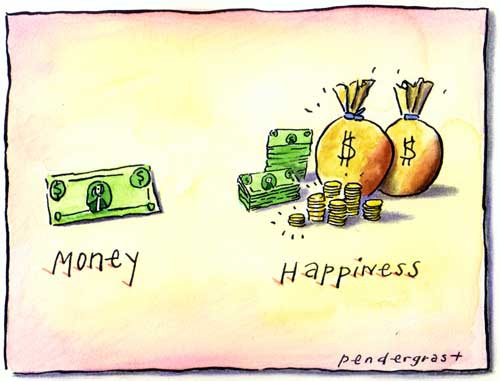 Tanner Boll also open up my eyes to the fact that people actually CAN have a different life style and be happy. She showed me that while there are always sacrifices some are worth taking a risk for. While I have always known this, the reminder that money isn’t everything, matter of fact, it isn’t anything if we aren’t happy.

The film depicted that sharing and opening ourselves up to others is the only way to connect. I have issues being vulnerable but the message to me was that that is what being alive means. You risk putting yourself out there and it can pay back in dividends.

The film maker did an excellent job of weaving in personal stories, experts and facts. As much as the beautiful scenery of a town in my home state was fascinating to watch, the facts and experts that shared them really caught my attention on when we were the happiest (1950’s) and what happened to make that decline since. 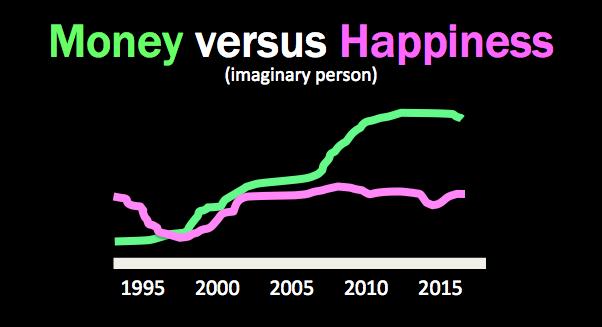 I enjoyed feeling like I really got to know the subjects of the film. They invited us into their lives and shared both sides of their stories with the viewers. Pamela didn’t sugar coat anything and make it all puppies and rainbows.

The facts and experts Pamela Tanner Boll included in the movie gave credit that this isn’t just a phase and it’s here to stay unless we do something about it.

I think the film should be shown in High Schools and Colleges so kids can make better decisions for themselves at an earlier age.

I love the ending quote: “If you walk through life with people you feel connected to you will live a longer life.”

This article was originally published on fabinyour40s: