Everyday Power Blog: Fame, Money and Love - What We All Want

"Finding one’s purpose isn’t a matter of sitting around staring into space.  Most of us need to be out in the world of work and learning to know what is right and what is wrong for us."

We all want to be rich, famous and loved. But, how often does this happen? In popular culture, the heroine sacrifices her career for the man she loves; the entrepreneur is so single minded that he ends up with a fortune and maybe fame, but is alone; or the talented young man who can sing becomes a star on the stage, but can’t stay married.

Is there more to life than fame, money and love?

These are the primary drivers for most folks, but, the story is that you can have one or maybe two, but rarely all three. And yet, I would say that happiness is founded on achieving some measure of each.

But, if love, fame and money are competing goals, how can ordinary folks achieve all of them? After all, we only have so many hours in the day.

Maybe, we are going about this in the wrong way. Instead of thinking of love, fame and money as competing for our time and our energy, maybe we have to find the common thread that allows all three.

Three years ago, I began to make a documentary film that asks what is a “good” life. The film is called A Small Good Thing. It follows five stories of people in the Berkshires in Western Massachusetts who have changed their lives so as to be happy and to live well.

Happiness is what we are all after and has something to do with having love, money and fame. But, we can only achieve the Big Three when we have done the work of figuring out what we value, what we are here for: purpose. Stephen Cope, yogi and author, says in A Small Good Thing that happiness is finding “what lights you up.”

If you are doing work that makes you miserable, even though it might pay well, you won’t be much good to others. Miserable work is exhausting, making it hard to be present for family or friends.

Or say you have work you love—if it doesn’t pay, then how long can that last? And fame is tricky—if it comes from doing the work you were meant to, okay. If not, fame won’t last.

The folks featured in the five stories in A Small Good Thing each wrestle with this question of purpose in their work and with others.

Jen and Pete Salinetti started out as a young couple by working in landscape design. Both are hard workers and soon built up a client base for their ornamental gardens. The money came in and they had two babies. But, they found themselves stressed, exhausted and at odds.

Why? Well, they thought it might be because working for others was too demanding. And yet, how could they take care of their growing family without clients? 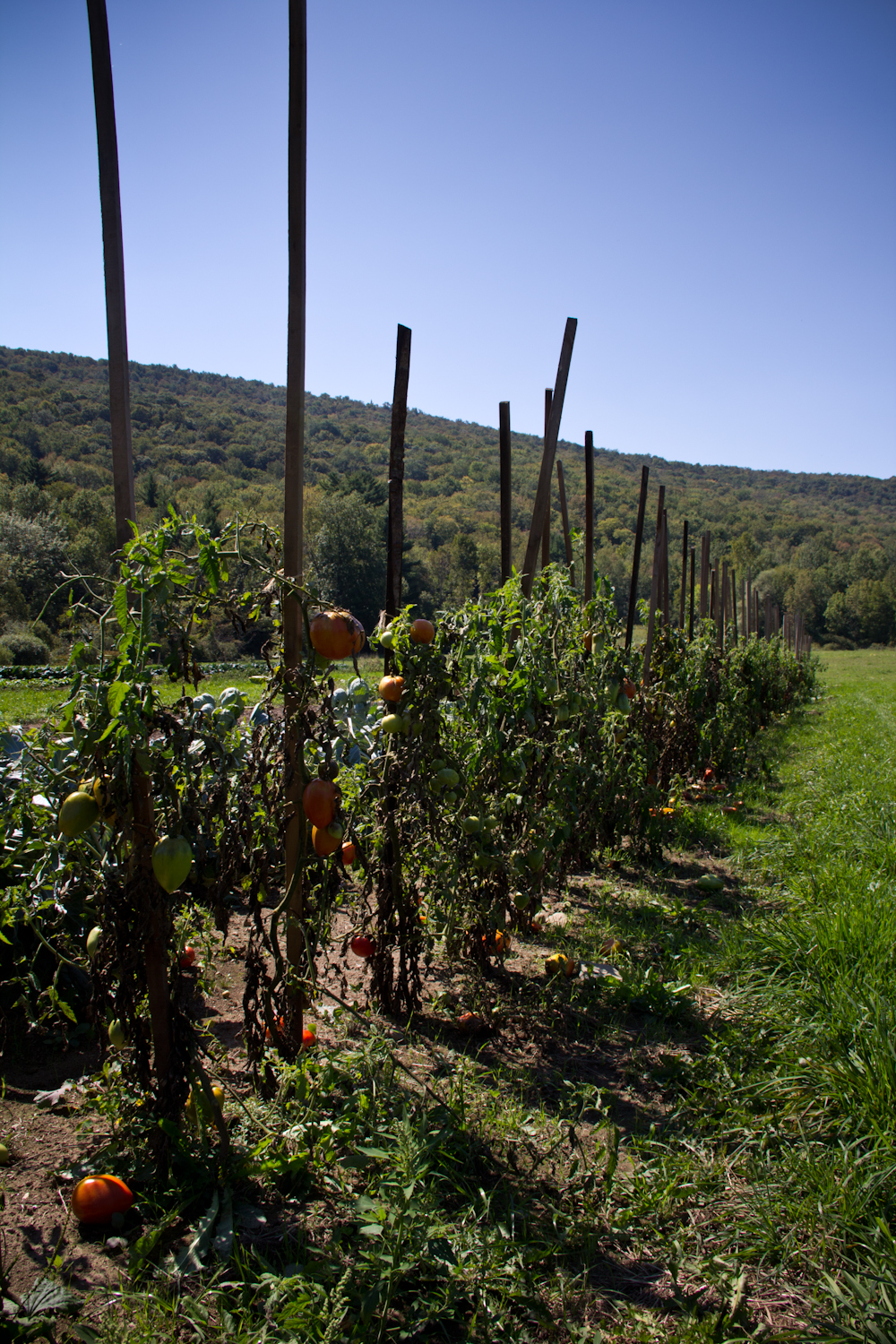 They decided to get out of the landscaping business and to concentrate on family. They grew a small plot of vegetables—just enough for their own needs. Through these actions, they realized that what mattered most to them was to nurture their family and loved ones. Growing the best food in the healthiest soil was part of this nurturance.

Jen and Pete Salinetti found their purpose. Now, they sell their produce to a large CSA as well as a Cooperative in the area. They have such a passion for healthy food that they have become teachers of sustainable practices such as composting and extended season growing. They use no fertilizer—because it is healthier for the soil and the planet.

Finding their purpose gave them the energy and desire to give back to others.

The Salinettis still work the long of hours they’d done as landscapers; but, they are less stressed. The difference is that everything they do is about what they value: nurturing their family, community and the earth. And, in the course of doing so, their business is thriving, their children are happy, and they are recognized as experts in their field.

So, grow a garden and be happy? Not so simple. Each person has to find their own calling.

Tim Durrin is a Veteran who struggled with PSTD. Through the hard work of addiction recovery, yoga and a cycling practice, he found his purpose. He gained a full scholarship to a prestigious school for social work by the end of the film.

Finding one’s purpose isn’t a matter of sitting around staring into space. Most of us need to be out in the world of work and learning to know what is right and what is wrong for us. 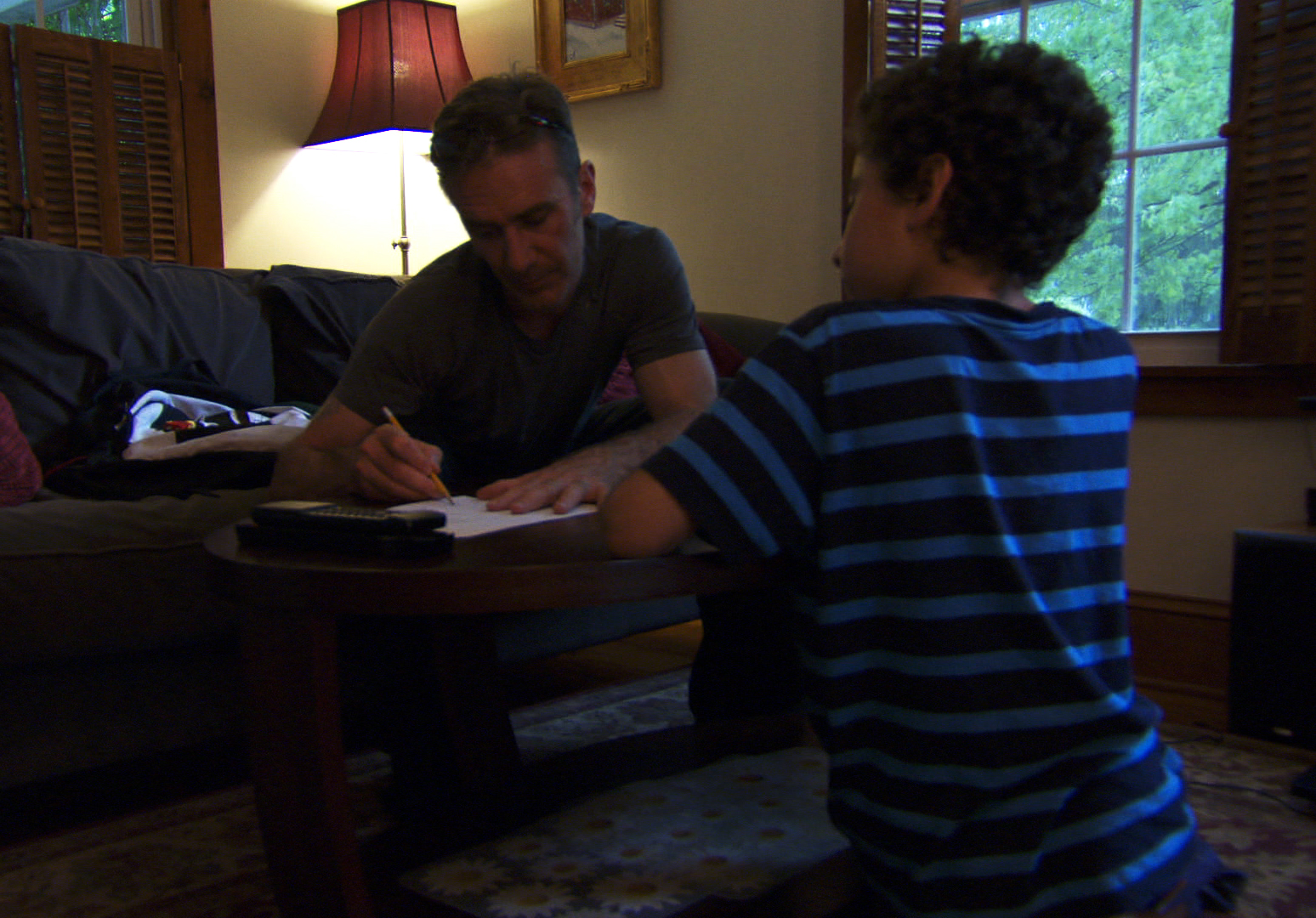 Mark Gerow is a respected and sought after yoga teacher featured in A Small Good Thing. He has two sons. He earns enough money to live comfortably. But, we see him struggling with the work of parenting. He talks about feeling isolated and even downright miserable despite his years of spiritual practice. In the course of the film, we watch him change. He postures less and admits to how much he struggles. He begins to truly ‘know himself”—with all his faults and fears. And out of this struggle, he finds his purpose. I won’t spoil the film for you—but, on a follow up visit with him recently, we found he had a new job with good pay and recognition. He just bought his first house. His boys are mainly with him and this is a good thing.

In making this film, I have wrestled with these issues in my own life. And, in doing so, I have found my purpose–to tell stories of folks who sacrifice, struggle and avoid their life’s work and their calling until they finally do finally DO what matters. This is a small, good thing.

This article was originally posted on Everyday Power Blog: