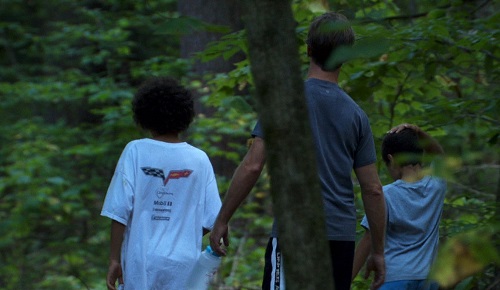 Mystic Artists is pleased to announce that its documentary A Small Good Thing has been acquired by Kino Lorber. The documentary by Pamela Tanner Boll explores the disparity between material wealth and personal happiness by following several individuals as they seek to lead more meaningful lives, forming strong bonds with their families, communities, and the natural world around them.

A Small Good Thing explores what it takes to live a good life at the beginning of this new century. This film follows six people who, despite economic concerns and high levels of stress, have found more meaning in their lives, a closer bond with their families and communities, and a deeper connection to themselves and the natural world. The surprising discovery at the heart of A Small Good Thing is that hard ­­ but not impossible ­­ is a crucial part of a good life. The stories inspire us to make small, good changes in our daily lives.

A Small Good Thing will be released by Kino Lorber's Alive Mind Cinema label, specializing in documentaries in the areas of enlightened consciousness, secular spirituality and culture. The film will become available on VOD platforms including iTunes, Amazon, Google Play, and Vudu on December 20, 2016, to be followed by a DVD release in early 2017.
The deal was negotiated by Boll, the film’s director and executive producer and producer Paula Kirk, and Wendy Lidell on behalf of Kino Lorber.

"A Small Good Thing does not pretend to have all the answers," said director Pamela Tanner Boll. "However, the film asks whether we can change our larger goals as a nation and learn from the rest of the world about the small truths that are the sources of human happiness. We're so thrilled to be partnering with Kino Lorber in bringing the film to much wider audiences to help them explore how working in small but meaningful ways, people can overcome obstacles to happiness."
For more information about A Small Good Thing, please visit the film's official website.

ABOUT MYSTIC ARTISTS:Mystic Artists makes films that examine big questions through intimate portraits, documenting people and their stories to enrich our understanding of the world. Mystic Artists has proudly produced ten films including 2004’s Born into Brothels which won the Academy Award for Best Documentary Feature.

ABOUT ALIVE MIND CINEMA:
Specializing in documentaries in the areas of enlightened consciousness, secular spirituality and culture, Alive Mind Cinema seeks to provide audiences with intellectually provocative films that deliver the "aha" response of a transformative experience. Learn more at alivemindcinema.com.

ABOUT KINO LORBER:
With a library of 1,500 titles, Kino Lorber Inc. has been a leader in independent art house distribution for over 30 years, releasing over 25 films per year theatrically under its Kino Lorber, Kino Classics, and Alive Mind Cinema banners, including five Academy Award nominated films in the last eight years.

In addition, the company brings over 250 titles each year to the home entertainment market through physical and digital media releases under its five house brands. It also now distributes a growing number of third party labels in all ancillary media and is a direct digital distributor to all major digital platforms including iTunes, Netflix, HULU, Amazon, Vimeo, VHX, Fandor, Mubi and others.