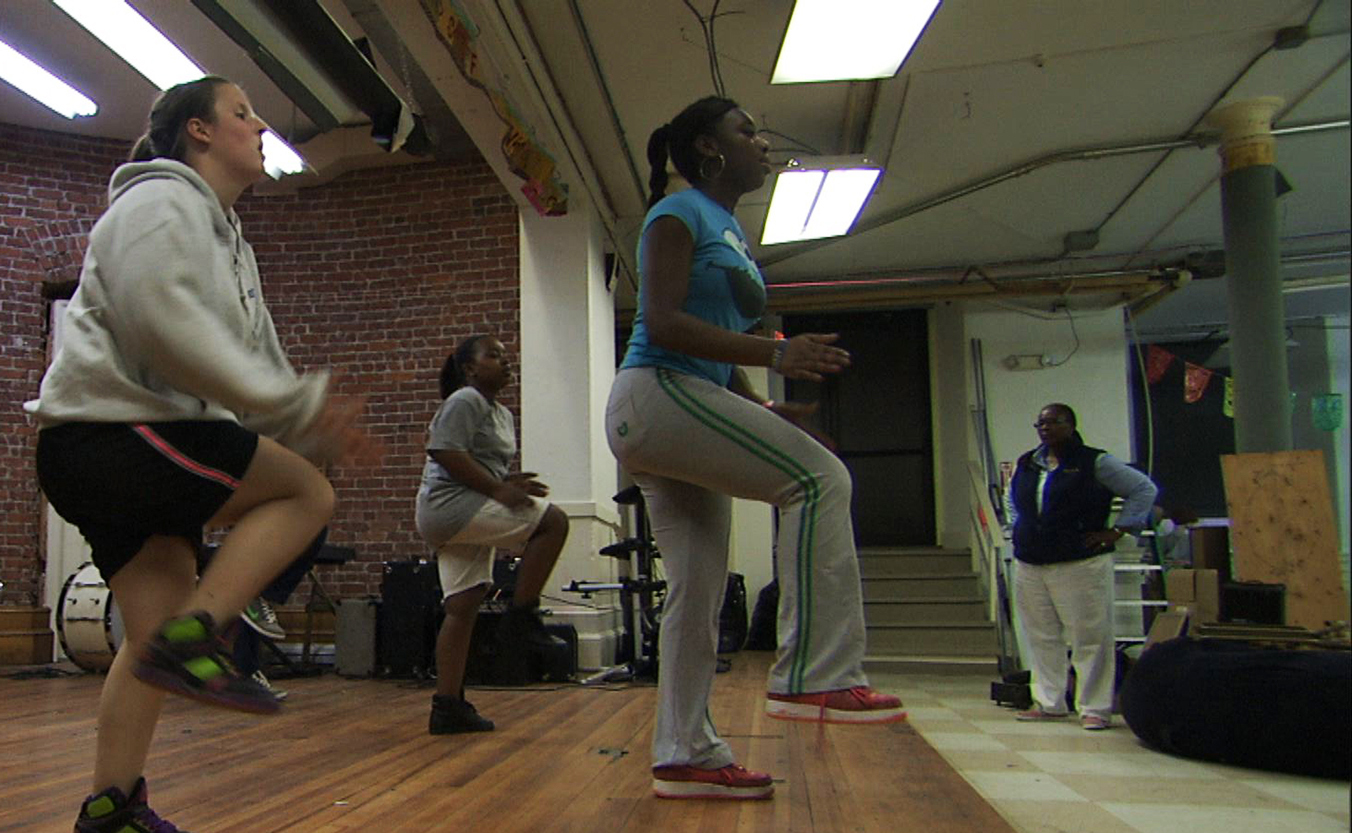 As we begin to develop our series, we would like to bring special attention to the powerful work of social workers and community organizers, whose dedication, generosity, and compassion are changing lives and shaping communities across the world. In Part One of this two-part article, we want to dive deeply into the important work of Shirley Edgerton -- featured in A Small Good Thing -- a community organizer in Pittsfield, MA who is inspiring young people to live a life of purpose with her Youth Alive Step, Dance, and Drum teams and the Rites of Passage and Empowerment program.

Shirley began her work in the Pittsfield community as a supportive mom. Wanting to support her own children and to make sure that they had a good quality of life both in the Berkshires and in the world beyond, Shirley spent time watching them play basketball and traveling with them as they participated in different activities. As a result, when   her oldest daughter was 9 years old, she and a few of her friends decided they wanted to participate in an afternoon program through their church. The girls decided that they wanted to step dance and that they wanted to perform in   the annual Gather-In --  a free neighborhood festival that celebrates African-American culture and heritage throughout the Berkshires and the largest and the most historical gathering of the African-American community in Pittsfield. The response to their step dancing was incredible and kids throughout the community began to ask how they could get involved and become a part of the group. “At that point, Youth Alive was not a group,” explains Shirley, “[Youth Alive] was an evolution of kids being involved.”

Witnessing this outpouring of interest and support, Shirley recognized the need for a step dance group in Pittsfield   and began to get involved, creating situations where young people in the community could be introduced to the arts and other new activities. Everything grew from there. Shirley began to write grants and to organize trips for the team, pouring all of her passion into making the group a reality. On one of the earliest Youth Alive trips, they piled fifteen kids into three cars and drove cross-country from Pittsfield to California, stopping at the Grand Canyon along the way. Shirley describes this event as an “educational journey” and reflects on the purpose of Youth Alive as an arts and educational group intended “to benefit the kids in terms of teaching them life skills, to empower them, and to make them feel good about who they are.” As the program has evolved, Shirley has become dedicated to making   connections with colleges, art institutions, and every opportunity that she believes would be beneficial to the kids. “[Youth Alive] has grown immensely and the relationships are wide and varied,” she explains.

As the group has grown over the last twenty years, Shirley has learned a lot as well. “Unconsciously I was clearly growing from the experience myself,” she says. “As a child I was painfully shy...I was a painfully shy introvert. There were some adults that clearly saw the things in me that I didn’t see. Great adults -- primarily women -- in the church who mentored me. Seeds were planted. But like I said, I was pretty shy and guarded because of my own life experiences.” Working with young people, however, opened her up immensely. “Working with kids, they force you to open up. They get it in terms of being authentic. They know whether you genuinely care about them; if you genuinely believe what you’re   saying; if you walk what you talk; if it’s rhetoric or it’s real.”

By working in the community, Shirley has not only helped young people feel good about who they are, but she has also become more comfortable with herself and more accepting of who she is. By striving to prevent young people in the community from   experiencing the childhood trauma she faced, she has experienced healing as well and has grown holistically in mind, body, and spirit. Just as Shirley has given back to her community out of gratitude to the adults who supported her along her journey, Youth Alive places a strong emphasis on teaching young people gratitude, sharing, and the power of giving back to the community. Shirley estimates that about 90% of the kids involved in Youth Alive have graduated from high school and that a proud number of them have gone to college. Youth Alive has a powerful alumni circle of former members who have come back to the organization in order to share their experiences and provide guidance to the new group of kids. Through this focus on gratitude, service, and giving, Shirley has cultivated a community that is as compassionate as it is powerful and that not only empowers individuals but also nurtures supportive relationships.

Today, twenty years after its inception, Youth Alive has blossomed in a number of powerful ways -- perhaps most notably in the development of the Rites of Passage and Empowerment program. ROPE is a mentoring program for adolescent girls that is dedicated to empowering young women and providing them with skills, knowledge, and experiences that will help them become successful and independent. Join us next week for a more detailed look at ROPE, its current programs, and its exciting upcoming project.

You can learn more about Shirley Edgerton and Youth Alive on her website: http://ropeberkshires.org/